What is a video conference terminal?

Video conferencing is two-way interactive communication delivered using telephone or Internet technologies that allows people at different location to come together for a meeting. The video conference can be as simple as a conversation between two people in private offices (point-to-point) or involve several sites (multi-point) with more than one person in large rooms at different sites.

What is a video conference terminal? 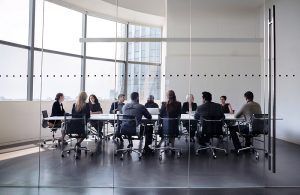 The protocols of video conference terminals

Video conference meeting protocols of concern are the H.323,  H.320 and SIP.

The H.323 can be defined as an International Telecommunications Union standard which describes the equipment,services and protocols which are necessary for multimedia communications. This is inclusive of d data,video and audio on networks that lack guaranteed Quality of Service. The main network components of the H.323 are multipoint control unit (MCU),gateway,gatekeeper (optional) and the mandatory terminal.

The H.320 is one of the video conference meeting protocols. It defines the manner in which circuit switched networks are utilized in video communications. Integrated Services Digital network (ISDN) is the most common circuit switched network. This standard includes the signaling mechanisms for ISDN and the way video,voice as well as other r payload are transmitted over its interface.

SIP is the acronym for Session Initiation Protocol. This protocol was developed for the purpose of initiating,modifying as well as terminating all interactive multimedia user sessions like voice,video,instant messaging,online games and virtual reality. It functions to provide each and every call processing features and functions of PSTN.